A Norfolk church may have begun life as a Roman fortlet protecting supplies on their way to Hadrian’s Wall. Trevor Heaton hears how ‘keyhole archaeology’ is solving the riddle of Reedham.

Sometimes things can hide in plain sight. But that doesn’t it make any easier to tell their story.

For centuries, researchers and historians have realised that there is something rather special about St John the Baptist Church in Reedham.

A reconstruction of the Roman frontier fortlet near Gundremmingen in what is now Bavaria in Germany. Professor Fulford believes Reedham might have looked something like this.

For this 15th-century Broadland gem clearly has Roman roots, as can be seen in the large amounts of material in its walls, the thin tiles particularly distinctive. That impression was only strengthened after a disastrous 1981 fire which gutted the church – and revealed yet more ancient masonry inside. 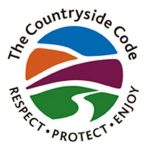 Connecting to the Norfolk Trails Network

Detour Between Gunton Park and Drayton